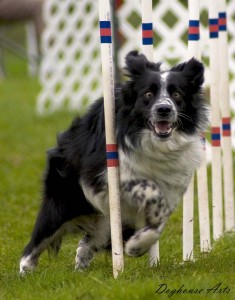 Silvertips High Anxiety “Panic” has had epileptic seizures since April 2007. His last seizure was in December 2008. He has been on a variety of medications and now is only on Potassium Bromide, 150 mg two times a day.

This is the form and information for sending in bloodwork for the epilepsy study. Even if you sent a blood sample to UC Davis at an earlier time for this study, they would very much appreciate having new samples. Your sample may or may not have been viable, and since some time has passed since the study began, it would be great if we could get lots of fresh samples out to them as soon as possible.

Sample should be from dogs who have seizures or have been diagnosed with epilepsy.

Allison Ruhe is one of the Researchers involved with the study and you may contact her directly if you have questions.