Scoop finally got a diagnosis today of his weird snurfling and sneezing, he has a creepy fungus called aspergillus. He will have to have a treatment where he is under anesthesia for about 90 minutes and he is infused with anti-fungal meds. He had his poor little nose and throat scoped today in every imaginable way as I watched the monitor and actually saw the fungal growth which was not present last time he was scoped.

This nasty fungus can actually get into the bones and so Scoop also had another xray to see that it was localized and had not gone further than the back of his nose. It hasn’t! There is still much I don’t know about this disease and the procedures for curing him. For now he can go for walks and play, but no agility. The fungus can be painful so I am also thinking it is the source of his uncomfortable jumping this past month.

This is short, gotta teach a class in 6 minutes! Here is the patient, who is now back home no worse for the wear it seems. 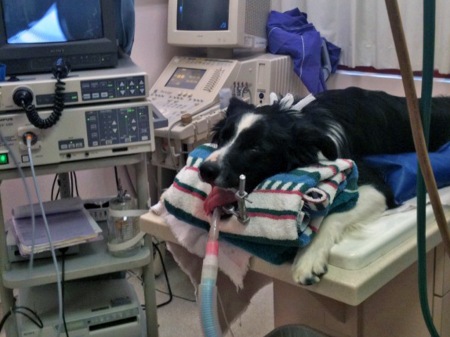 I hope you didn’t have to spend the day at the vet with your pup, but since mine did, I want to thank Dr. Helen Hamilton, Scoop’s internist, for all her great care and understanding as well as all her incredible knowledge and of course all those cool instruments! 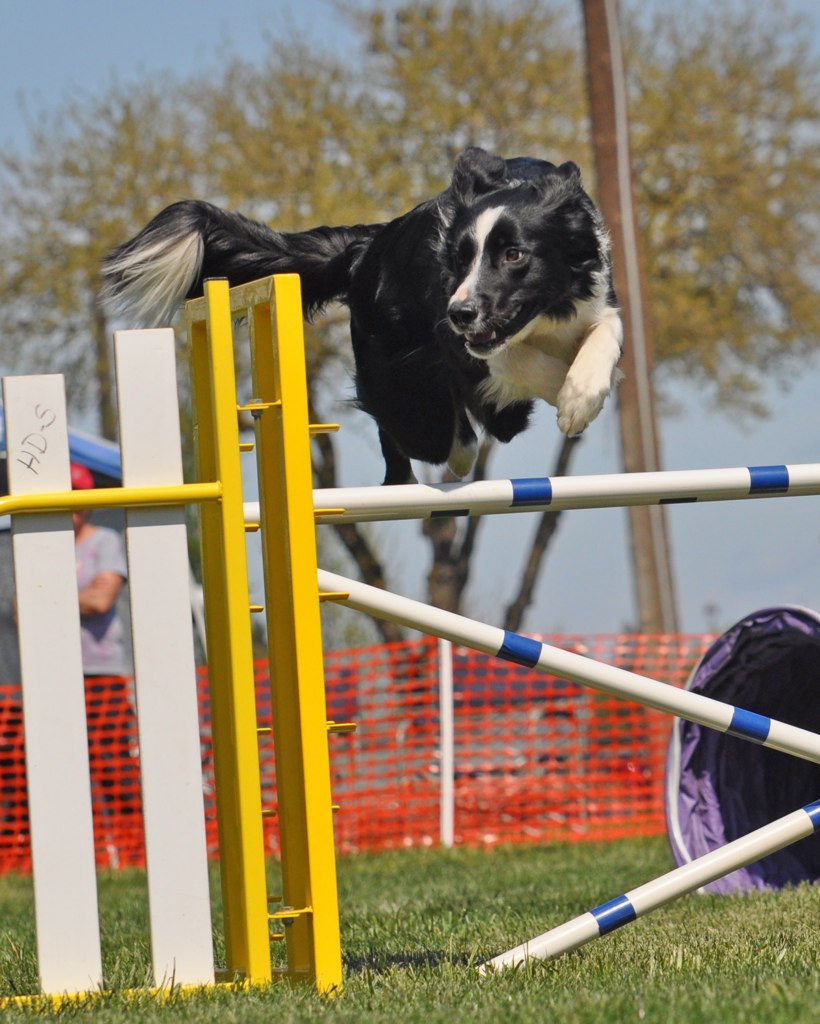 Scoop and I spent the day at the vet on Monday while he had his nose and throat scoped to check and see if he had a foreign body caught inside. Scoop started sneezing a few days prior and this was the second visit, this one to be definitive to determine what was causing the sneezing and snurfling he was and still is doing. He had a hard time with anesthesia, vomiting going in and coming out both. I almost regretted that my internist always lets me stay with my dogs for procedures, this was all a bit much and pretty scary to watch. The cool part was watching the actual scoping of the nose on the monitor. Good news bad news, no foreign body.

So why is he sneezing, and sort of wheezing a bit when he runs hard? Allergies are suspected, or he inhaled something that bothered him and while it is gone, he is still uncomfortable. He is on benadryl for a few days and no training for him this week.  I wish that was all that is wrong with him.  He was also jumping poorly on the weekend. I was at the usdaa trial and luckily there was a masseuse and a chiropractor on hand to work on him multiple times. That was on top of the three sessions he had with Dr. Wendy throughout the week to try to find where he was uncomfortable. There was no glaring pain, just some small adjustments. So why was he knocking bars and adding steps here and there?

No answers yet, but he has a couple weeks off now to see if any small issues resolve. In the midst of all this he got his USDAA AD on the weekend. I only ran him in the standard ring, and only after the body workers to say he was not in any discomfort. But he obviously is tight somewhere, most likely up in his head neck area which is where they concentrated some of their work. He had a nice standard run both days, hitting his frames, with great weaves and nice jumping.

I still took him for regular exercise after he recovered from the procedure. The mustard is in full bloom at my house, and the dogs love to run through the deep stuff.

I am headed to Minnesota today for World Team Tryouts. I will be back next week and I hope to find that Scoop is back to his normal bubbly self, but that the snurfling is all gone!

I hope that your novice dog is sound and healthy and you are busy training instead of sitting on the bench like we are.