DECISION MAKING is an agility terminology which refers to choosing the dogs path on a given sequence.  When you have an option to either turn the dog to the left or the right at an obstacle you can use the decision making process to help you choose the fastest line for the dog. The questions you ask yourself are: Where are you coming from? Where are you going to? and  Which is the shorter distance? Greg Derrett coined the phrase decision making, and the process that goes along with it.

In considering the training I want to do with Scoop in the next few months I thought that the decision making terminology also works pretty well to help describe my mission.

Where am I coming from? In other words, what skills do I already have in place? What does Scoop already know about the contacts and weaves?

Where are we going to? What do I want the finished products  to look like? What does the topography of each of the skills I need to teach Scoop look like?

Shortest distance? What is the easiest and most effective training path to get the job done?

So now I have to answer my own questions! 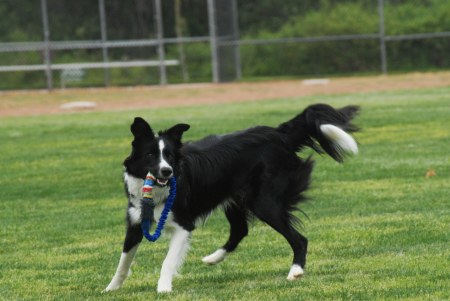